Get started or improve your craft with these libraries 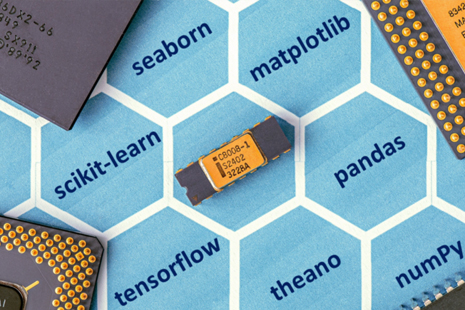 Python is almost always the best choice for data scientists. This is due to its versatility and simplicity, but above all else, it’s thanks to the open-source packages distributed by the community and important companies. As it’s a general-purpose programming language, Python is used for web development (with Django and Flask), data science, machine learning, cybersecurity, and so on. Today, we’re going to discuss the 13 data science and machine learning libraries that every data scientist must know and should be using.

These basic libraries make Python a favorable language for data science and machine learning. The following packages will allow us to analyze and visualize data:

“Data mining is the process of discovering patterns in large data sets involving methods at the intersection of machine learning, statistics, and database systems. Data mining is an interdisciplinary subfield of computer science and statistics with an overall goal to extract information (with intelligent methods) from a data set and transform the information into a comprehensible structure for further use.” — Wikipedia

“Natural language processing (NLP) is a subfield of linguistics, computer science, information engineering, and artificial intelligence concerned with the interactions between computers and human (natural) languages, in particular how to program computers to process and analyze large amounts of natural language data.” — Wikipedia

Flask is a powerful Python-based web development framework. But why is it on the list of tools that data scientists need to know? And also, isn’t Django better for web development? Well, sometimes you may need to embed your ML model in a web app because that would mean that anyone could easily access your classification model from the internet. You could even create an online classification service! To answer the second question, yes, Django is actually better for web development and it’s also simple to use, but not as simple as Flask.

In general, I would definitely use Django to build a normal website. But if you just want your model to be embedded in a website, Flask is actually simpler and more intuitive.

All the libraries listed in this article are a small part of the open-source packages that can be found online. These were just basic data science and machine learning libraries that every data scientist must know.